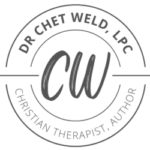 CHRISTIAN BASED COUNSELING
Chet has over forty years experience in Tucson, Arizona as a Christian-based Counselor for couples and individuals.
Meet Chet
MARRIAGE COUNSELING
Marriage in distress? Struggling to communicate and connect?
Learn More
INDIVIDUAL PSYCHOTHERAPY
Is anxiety, stress, or anger overtaking your ability to cope?
Get Help
CHET THE AUTHOR
Chet has authored published articles and is about to publish a book.
Read More
Previous
Next

I’m so glad you found me. My name is Dr. Chet Weld and I’m a Licensed Professional Counselor and author. I hope you’ll spend a few minutes and look around and then reach out if you think I might be a right fit for your counseling needs as a Tucson Christian Marriage therapist and psychotherapist.

I’ve been a Christian-based marriage and individual counselor for forty years. I believe it’s important to be “warm and human first; professional always.”

With clients who value spirituality, I enjoy integrating biblical principles and techniques, including prayer and biblical truths.  I’ve found that almost anything that works (and is advocated by evidence-based secular counseling models) is either stated or illustrated in the Bible. I believe that this is because God gives both wisdom and common sense. Whenever possible I love to impart hope. As King David said, “My hope is in you all day long” (Psalm 25:5). David’s hope was well-founded, as yours can be!

I am currently offering counseling for couples and individuals 18+ at Joshua Tree Counseling in Tucson, AZ. I offer in-person and telehealth sessions. Please call Joshua Tree at (520) 308-4999 for more information.

But I said I have labored to no purpose; I have spent my strength in vain and for nothing. But what is due me is in the Lord’s hand, and my reward is with my God. 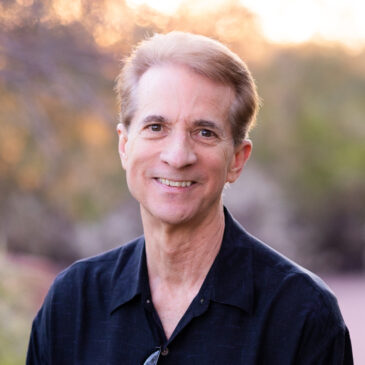 Ready to Get Started?

When an Angel Speaks, Her Child Is Healed

Rev. Cynthia Palmer hosted two Christian radio programs in Zeeland, Michigan for two years. She focused on the news and interviewed extraordinary women. Cynthia is now an associate pastor at Grand Rapids First, a mega-church in Wyoming, Michigan. Twenty-nine years ago, she was told that her daughter would be born with either spina bifida and/or anencephaly. The latter is an absence of major portions of the brain and skull. On a scale of one to ten, the baby was predicted to have a 9.3 probability of such malformations. Cynthia’s doctor advised a “therapeutic” abortion near term. But Cynthia would not

The Miracle of the Pipes

The following is an excerpt from my upcoming book, “God Is in the Crazy (with astounding miracles and reflections on the peaceful life)”: Katrina Ward has seen Heaven burst into her ordinary life on several occasions. Katrina is a licensed clinical social worker who I’ve known for more than thirty years. She has many stories to tell of God’s faithfulness. Here she tells one of them—about frozen pipes … and the breath of God: “I recall one miracle that happened to me in 1983 when I was living in a small farming town in Oklahoma. My family lived in a

A friend of mine handed me an internet article on Sgt. William Carney.  I’d never heard of Sgt. Carney and my friend didn’t know that I’m working on an inspirational book.  Once a slave, his father escaped slavery through the Underground Railroad and then helped relatives settle in New Bedford.[1]  Carney had lofty plans for his life, but when the Civil War came along, he believed his best way to serve God was to join the military in order to free the oppressed.[2] He gave up his pursuit of the ministry . . . to join the Army. In an

Ready to Get Started?

Copyright © 2022 Dr. Chet Weld Counseling, LLC. All rights reserved. No portion of this website may be copied or used without permission.