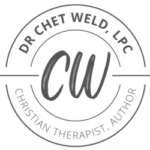 What can an Irish setter with a mouth full of cactus needles teach us?  Well, here’s what I saw and what I believe.

I was crossing the street on my way to a treatment center for those who struggle with drug and alcohol addictions/abuse.  I saw a beautiful Irish setter on the back porch.  She was lying uncomfortably on her side, whimpering and crying.

As I approached the setter more closely, I noticed that there was a large piece of Tucson prickly pear cactus on her hind end.  In order to remove the cactus, the setter kept chomping down on the needles that protruded from the cactus, unable to get a hold of the cactus itself. The result was that the needles were simply getting stuck in the gums of the dog’s mouth.

I wanted to pet the setter, speak soothing words, and remove the cactus from its leg and the needles from its mouth.  But I was a stranger to the animal, and I knew that the setter could turn on me.  I think we can all do that to others in moments of extreme pain!

At that moment the owner of the dog came out the back door of the house.  Seeing what was going on, he spoke gently to his dog, pet her head, and started to remove the needles from his pet’s mouth.  After about ten minutes, the needles were gone and the piece of cactus was dislodged from the setter’s hind end.  Whew!

I think we’re all a lot like that Irish setter.  She somehow brushed up against a prickly pear cactus, panicked, and then tried to solve the problem as best she could.  I’ve done that a time or two!  Have you?  Life’s stressors can put me on the defensive, whether the stress originates from finances, relationships, work, or from other of life’s arenas.

Well, now I have an action plan for when emergencies arise, which I suggest to the reader.  This is simply a “first response”:  1.) Assume that you may not have all the information, find out who does, and go to that person with questions; 2.) Assume the best of people; and 3.) Pray that God will give you peace and answers and necessary provisions in His time.  With your eyes on God, He’ll help you to manage your reactivity.

That’s a short “first response plan,” but it’s a plan that works!  Without it my tendency is to just give myself a painful mouth full of cactus needles!

Here’s a link to an article about how to remove cactus needles from your dog.  I obtained the above photo from this link.  I know the dog isn’t an Irish setter, but the photo helps to get my point across!